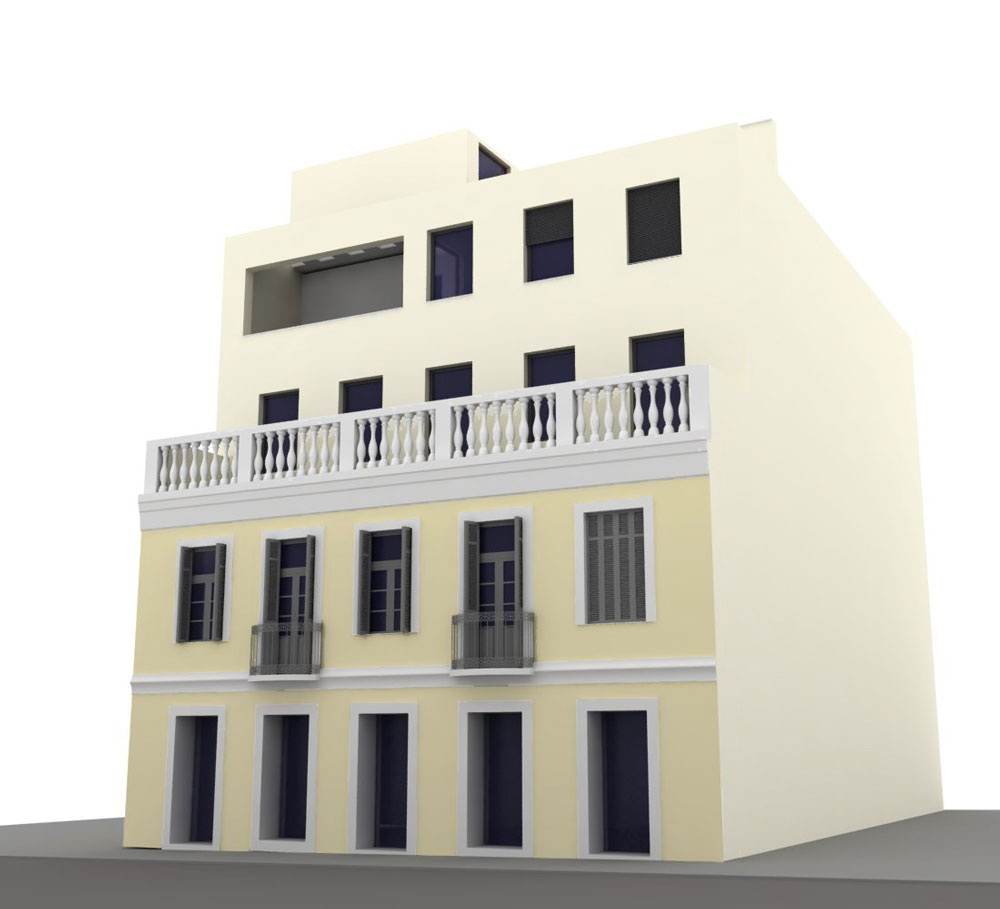 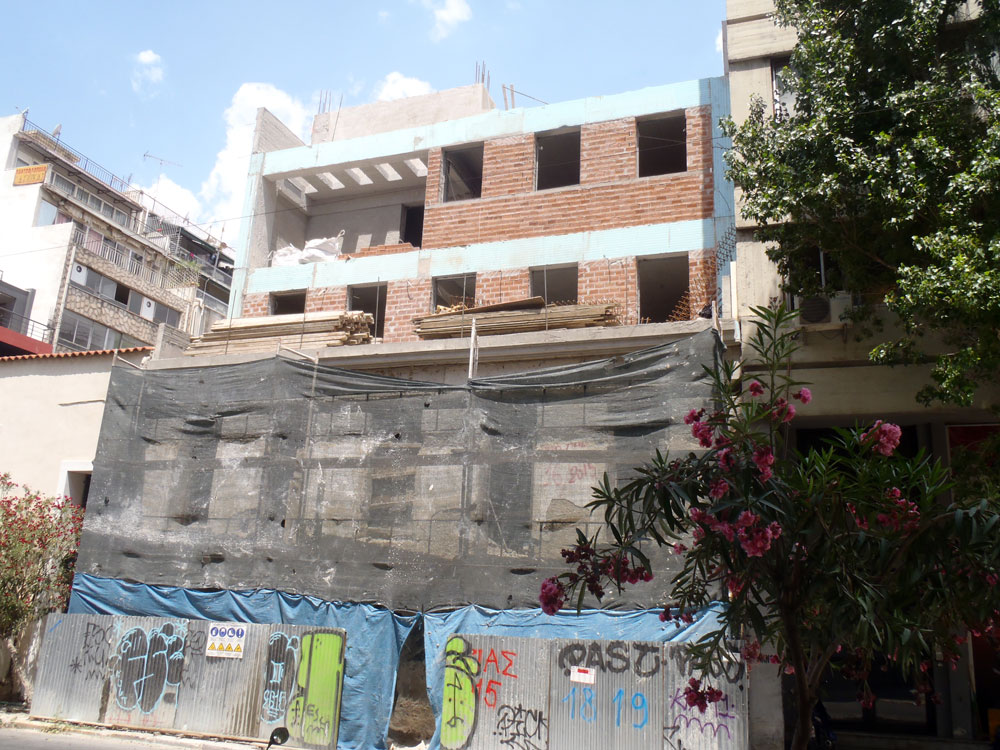 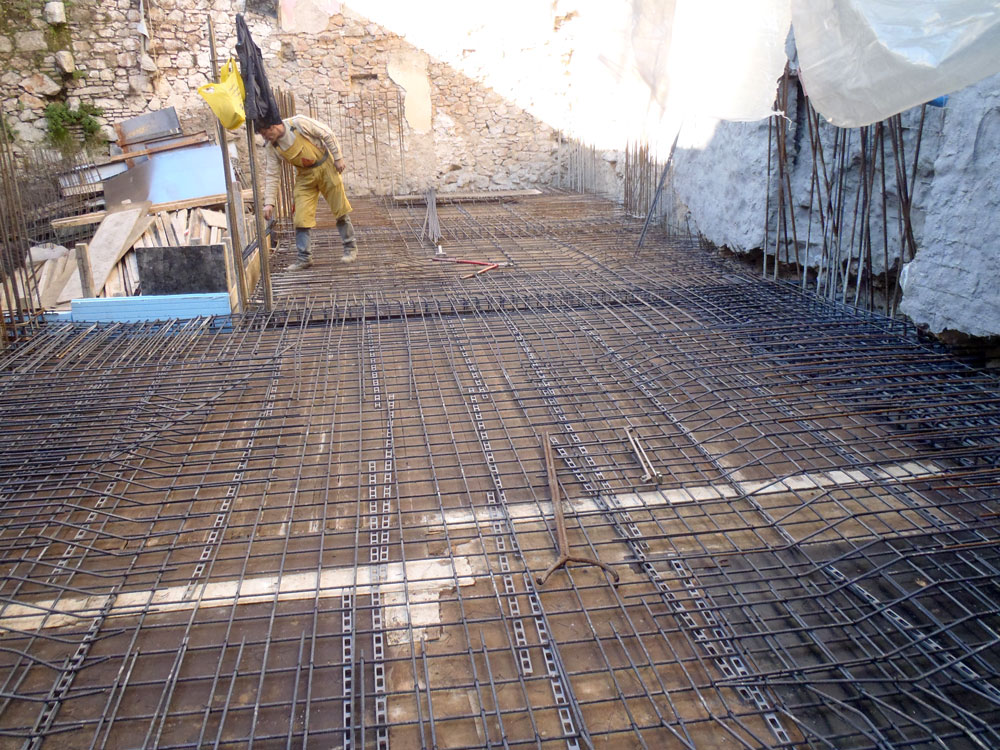 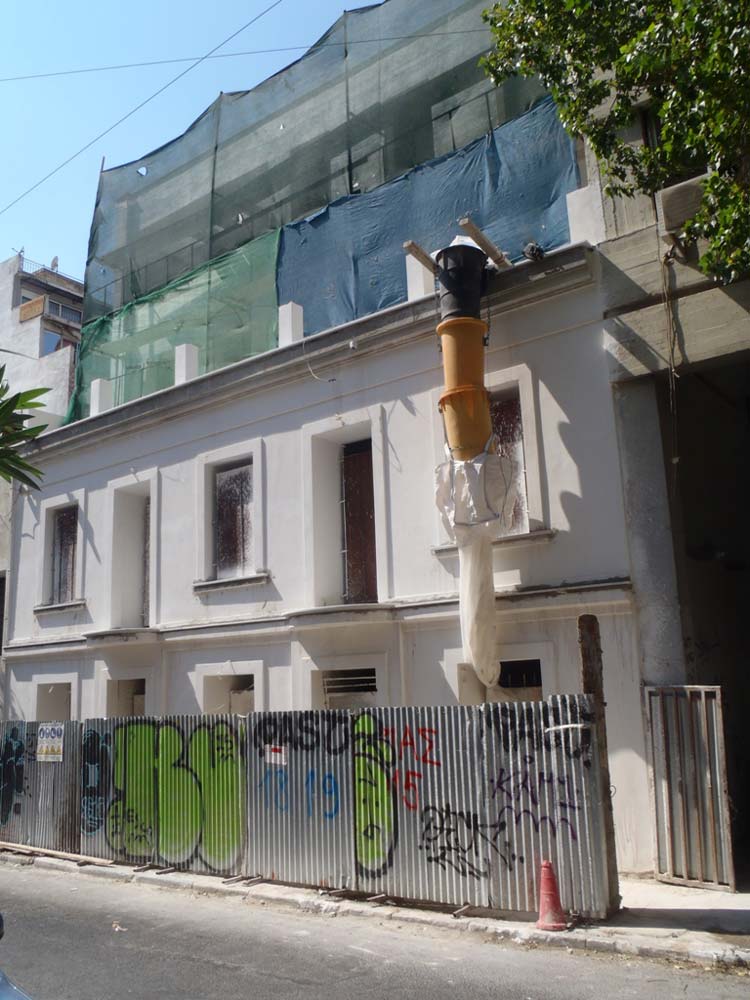 The plot of land on which the building restorations are taking place is located in Metaxourgio. The area of the plot is 187sq.m. wherein a two-story building resides; built in the early 1900 and listed as historical. The existing building is constructed of stone and has undergone significant internal modifications, external interventions and adjustments in its bearings structure.

For the new construction the existing outline is kept, the façade is restored and a modern building, containing shops on the ground floor, offices on the first floor and residencies on B and C floors, is erected. In addition, a basement is created which includes warehouses and machinery.

The architectural proposal is emphasized on the existing appearance of the building by fully restoring and highlighting the architectural elements and principles of the previous century which had faded way. The new building combines old and new without overly emphasizing the new modern construction, which literally and metaphorically retreats behind the preserved façade. This design is intended to protect, preserve and highlight the historic essence of the building contributing to the intentions of the ministry to reconstruct, yet preserve the neighborhood. This is implemented through interventions which improve the overall picture of the area, without blocking the new building and anti-seismic standards that will make re-building functional and statically adequate.