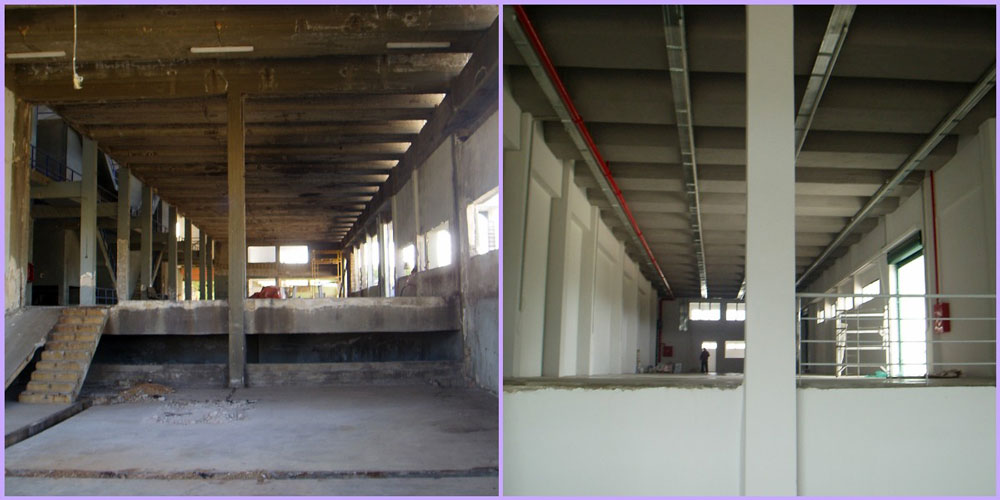 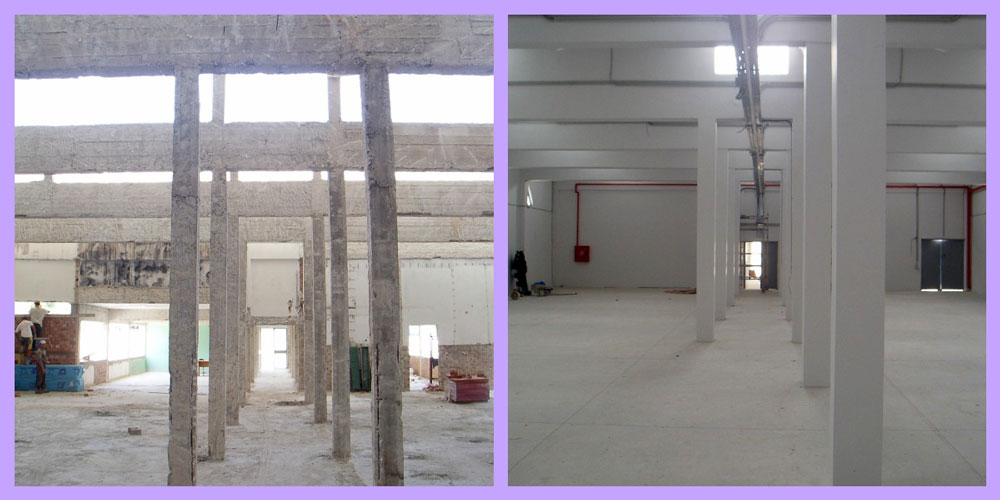 This project included damage assessment in the bearings structure of the building complex of the former winery. Also, the thorough inspection of the foundation, the total removal of coating on the columns and beams in order to establish the dimensions, the position of the connectors and the concrete quality with non-destructive methods. After these actions, it was considered necessary to:

Separate the main building and the front with a 7m. joint;
To restore the foundation with a general raft plate, parametrical strip footings, and the columns and beams with parametrical coating, including a reinforced concrete mantle;

To place angular metal strips while restoring the foundations and supporting the individual footings, since excavations revealed smaller dimensions than those of the previous plans. The buildings were re-used as logistics centers.